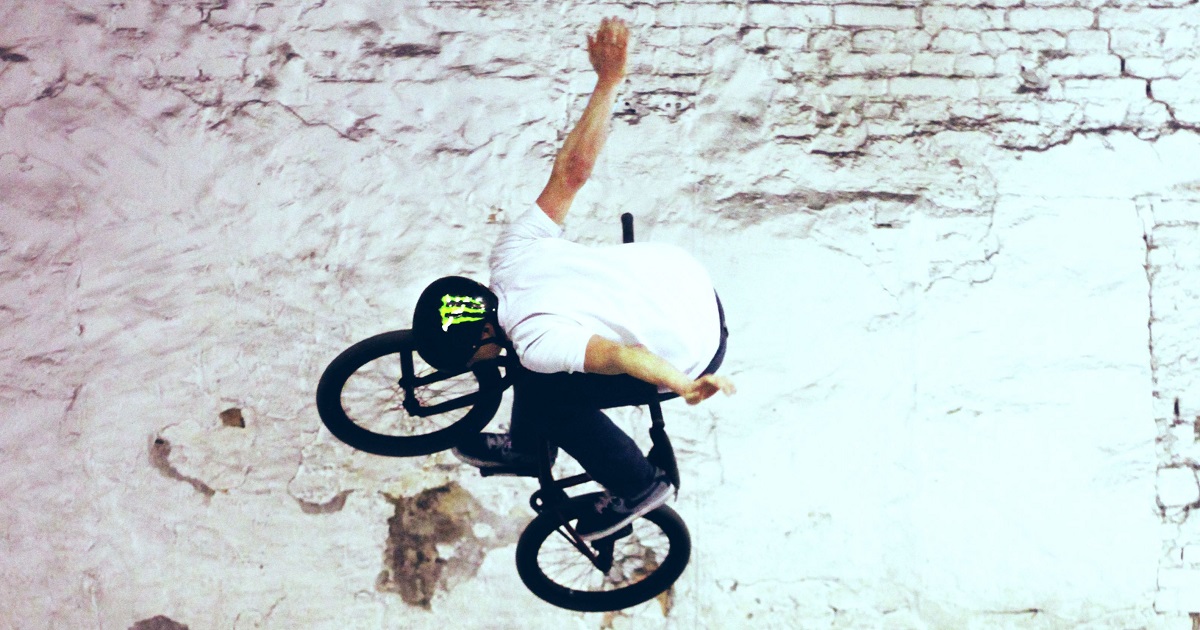 August 25, 2017 By Kevin Lydon Comments are Off Digital News Friday, This week in digital

Familiar with the Scotty Cranmer recovery story? If not, you need to find our why he’s our social media hero of the year. Usually in this series we cover current affairs within the digital world, but this edition is a little different. Nothing will provide more of a feel good sensation before the weekend than this amazing accomplishment – and lesson for digital strategy.

Scotty Cranmer is one of the world’s most prolific BMX riders ever. With over 14 years in professional competition, he’s one of the industry’s most notable riders. Sponsored by giants including Monster Energy and Vans, he’s one of the few athletes you may recognise – without being an actions sports or BMX fanatic.

In September 2015, he began uploaded vlog style videos. Whether it would be BMX, cars or his bulldogs, Cranmer began documenting his life through online video. His fans could now enjoy semi-regular uploads that brought them right into his day-to-day antics. Revenue is generally scarce in such an industry. Apart from competition and endorsement, this YouTube channel offered an untapped resource for income.

His following grew steadily, and Cranmer and friends became stalwarts in the vlogging world. But just after the channel’s first birthday, tragedy struck.

On 12th October last year, Cranmer suffered a life threatening crash while on his bike in Las Vegas. In a freak accident, the BMXer nearly lost his life with a broken skull, neck and spinal cord injury. The prospect of walking was ambitious. So riding a bike? You may as well forget it.

As you’ll see in the video below (his first upload following the incident), Cranmer lost everything. That was except for one thing – his online community. The fans of his vlogs came together and did everything they could for their star.

A Road2Recovery page was inundated with donations within days. The “Stand With Scotty” campaign saw merchandise shipped to help raise funds. Countless letters, presents and well wishes flooded any hospital room or address he could be found at. In an industry where such an injury would end a career, Cranmer still had plenty to fight for.

Eventually, he achieved his goal of walking out of hospital once discharged. A channel that originally showed off his talents, now could document his recovery. Uploads became daily with the help of friends and family, and BMX remained the focus.

Each upload was light hearted and entertaining. Those close to Scotty even developed their own personas and grew individual fan bases across other platforms. Channel Favourite “Big Boy” actually lost over 100 pounds in weight from the channel’s birth – it really became a beacon of positivity and progression.

Scotty could’ve lost touch with the industry he loved. Instead, his audience only grew as he worked to regain what was taken through injury. The inspiration he offered only added to the loyalty and fandom of his community.

This is very much a fly-by account of his journey  – but we’ll jump to last week. On 14th August, Scotty kept his promise in respect to reaching 1 million subscribers. Less than a year following his accident, Cranmer rode his bike around his skate park. Now he’s a while away from backflips, but what he achieved in 10 months is literally mind blowing.

Online vlogs have never chronicled such a journey. Cranmer has inspired countless viewers through his battle. Although he may never compete on a bike again, the creation of this platform has ensured his career is far from over.

His community arguably even played an active role in his recovery. Yes he would’ve managed to raise funds to aid rehabilitation, but the strength of his online presence meant that it was all but guaranteed. His fans adore him, because he works so hard to offer good content, regardless of his situation.

Apart from the general feel good sensation you should get from checking out his videos, there’s a definite lesson here to take away. Online communities are a phenomenon we’ve never seen before – but they’re incredibly powerful.

If you engage properly with an audience, you essentially have an army at your disposal before you know it! There’s an ability to feel part of something bigger with online communities. Your outreach and access to new people with similar ideas and values is unequivocal. Opportunities for business, networking and so much more will shoot up, once you grow even a little authority in your desired field.

If you’re not online yet, get started now! A few social accounts and simple website can be up in days. If you offer value in anyway it’s only a matter of time before you connect with someone of symbiotic benefit.

Even a simple digital strategy can offer so much, so don’t be intimidated. If you’re not sure where to start, check out some of our other blogs. Otherwise, we’ll set you on the right path if you get in touch.