HomeSEO The 5 Do’s and Don’ts of Good SEO 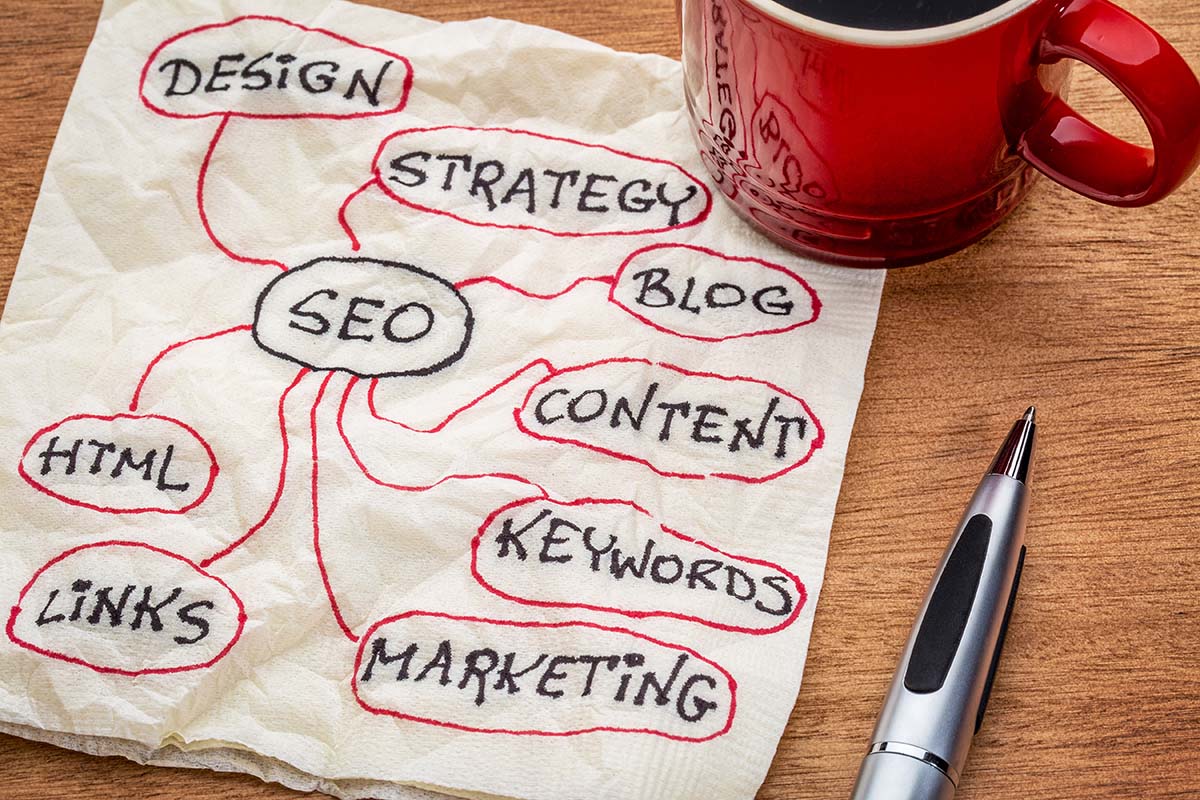 Getting your page to rank well on Google can seem like voodoo or some black magic which you must master in order to unlock the secret. In reality, it’s oftentimes as easy as finding the right search terms, and creating informative content which people actually want to read and share. That being said, there’s a lot of misinformation out there about how to go about doing this.

People have a habit of always trying to ‘game’ the system, and for a long time, people tried to find ways to trick Google into giving them what they wanted. But Google is smart, and constantly adapts to shut these tricks down. But because of this, a lot of the information you still see floating around is wrong, and can even get you penalized. That’s why we’ve come up with this handy list of 5 do’s and don’ts of good SEO.

Do identify and use one main keyword.

It’s important to choose your keywords wisely. You want to use one which people actually search for on Google, and for which you can actually get a good ranking. So while you might not be able to get on the front page for a generic term like “Shoes” you might be able to rank for something like “The best shoes for trail running.” This is what’s referred to as a ‘long-tail keyword,’ and you should use it in your URL, your title, and once in your article. But no more.

Don’t stuff your article with keywords.

There used to be a technique known as ‘keyword stuffing’ whereas you would identify a couple of key words or phrases and stuff them into your articles as many times a possible. This often led to awkwardly written sentences and articles which contained no real information. Google didn’t like that because their service isn’t valuable if the only thing it delivers is keyword spam. So they shut it down. Nowadays, you’ll actually get sent to the bottom of the list for trying something like this.

Do try to get other articles to link back to your content.

One of the key metrics that Google uses to judge the validity of your content is whether or not other people on the Internet are linking to it. Naturally, well-written, informative content which people find useful is going to attract more attention, and be linked to from other sites. Google will recognize this positive “link mojo” and raise the profile of your content in their rankings. When writing a new article, it’s helpful to reach out to other influencers in your niche and see if they could link back to your article in one of their own. However…

Back in the old days of SEO, Google didn’t discern between ‘good’ links and ‘bad’ links. The more links you could get to your site the better. That gave rise to what was known as ‘link farms’ which were websites which hosted pages and pages of links which you could pay to be a part of. As you can imagine, Google didn’t like this. Nowadays the algorithm is more intelligent. Google rewards you for having links which are actually used, and penalizes you for being a part of a ‘link farm.’ Links which appear within editorial content carry the most weight.

Google has a natural preference for fresh, pertinent content. While it is possible to have what’s called “Evergreen” content, which stays relevant for longer periods of time, it will only stay high in Google’s ranks as long as it’s still getting traffic and links, and as long as you’re still updating your site with new content. It’s possible to take older content and ‘refurbish’ it by adding to it, or updating it, however…

Maybe you have a killer blog post that you wrote and published 2 years ago, but it’s no longer getting the same attention that it once was. You might think it’s a good idea to publish it once again to raise its visibility with on your site. However, having duplicate content on your website is a big no-no. Not only can Google tell that the content is already published on your site, but it can even tell if it’s been published elsewhere online. So, if you hypothetically took an article written on someone else’s blog and published it as your own (not that you would ever do such a thing), Google would know, and wouldn’t index that post. It might even penalize your other pages as well.

You need to spend at least, if not more, time promoting your content as you do creating it, otherwise it’s just going to sit on your site collecting dust. There are a ton of different ways to get the word out about your content, so there’s no excuse for being lazy. It’s super valuable to reach out to other people in your niche and develop a relationship of sharing with them, especially if you’re just starting out. If you scratch enough backs you’re bound to get a scratch or two in return.

While the amount of likes or shares you get on Facebook, or retweets you get on Twitter, doesn’t directly influence your rankings in Google, they do provide traffic to your site, and cause people to search for your brand which will bump you up. Additionally, it raises people’s awareness of you, and increases the likelihood that they’ll link to you in the future. You can also display the number of likes or share you get directly on your website which acts as social proof of your authority and helps people trust what you have to say.

Do use your email list to spread the word.

Your email list is the most powerful tools you have in your content marketing belt. It’s by far the easiest way to put your content in front of receptive eyeballs. You need to start growing your list from day one in order to build a following of people who support you, and actually want to hear what you have to say. The people on your email list will become some of your strongest brand ambassadors, they’ll share your content with their group, provide you with feedback, and fuel the discussion around your topics. However…

Nobody wants to receive endless emails for things they have no interest in. You shouldn’t be emailing your list more than once or twice a week, and even then you should only email them if you have something interesting to say or something to offer. Spamming your list is the fastest way to get people to unsubscribe. When people sign up for your list they’re trusting you with their information, don’t take advantage of it. And it goes without saying that you shouldn’t purchase someone else’s email list, especially not without the permission of those on the list. Not only is this somewhat unethical, but those people are completely cold to you, and will most likely be a waste of your time and money.